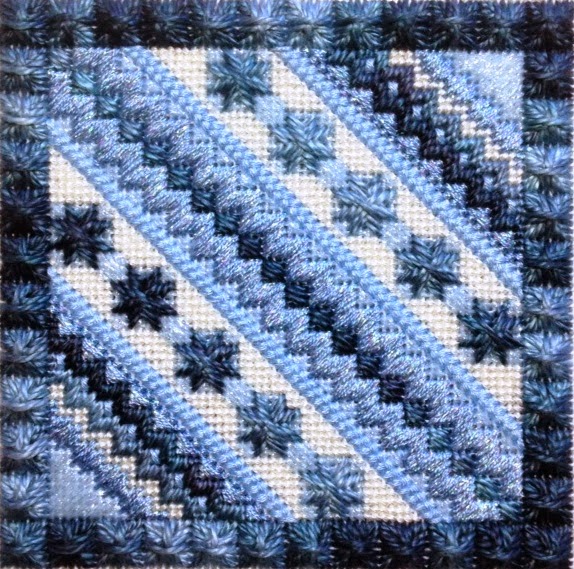 I’ll be releasing Color Delights – Sky at the Nashville show. This was a fun piece to stitch and I hope you like it! It’s #39 in the series – at 4×4 finished, they’re quick to stitch and great travel projects. Next on the agenda is Eggplant – it got the most votes a few weeks ago. Seafoam is already done as I had threads pulled but it won’t be released for a few months. Here’s a tiny peek as it’s mostly covered by the threads I was using! 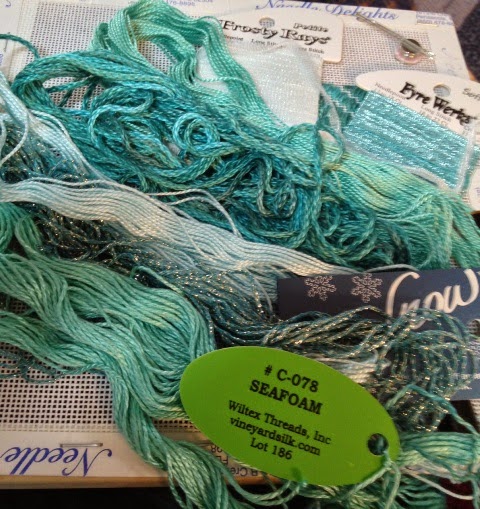 Tomorrow I’ll post the last of my releases for Nashville!
Kathy
Posted in Uncategorized