is the third and final release for Nashville. I’ve shared the progress of this and here is the final version – it ended up 10×10, mostly because I was out of canvas! As it was, I had to sew muslin around the edges in order to frame it! When I originally started stitching, I actually thought I was going to do a small design but it just kept growing and growing! After each round, it could have been complete but I just envisioned more in my head! I seriously considered stopping after the third round – at that point the finished size was a little over 5 inches and would have looked fabulous in a black lacquered box. However, I kept going and ended up with this! It’s all overdyed Vineyard Silk from ThreadworX – if you know me at all, you know I just love stitching with this thread! Of course, you could do whatever you like…even change the order of the squares, colors, or types of thread! 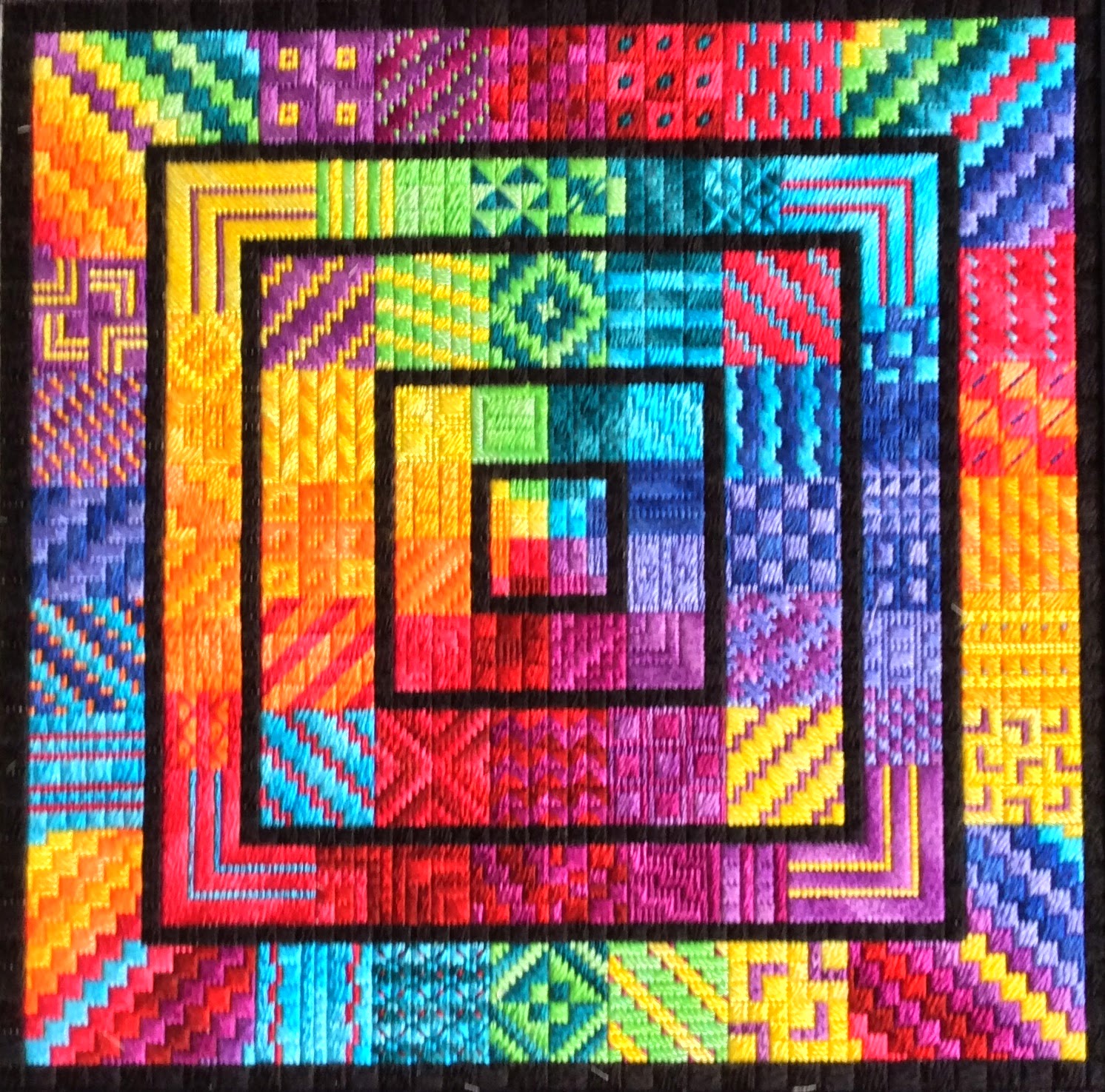 Check with your local shop to see if they are attending Nashville – they can bring patterns back to you or they’ll be shipped to shops not attending after the show. You can see more info about the New Releases and/or pre-order here if you don’t have a LNS.
I just sent the last pattern to the printer – that’s always a good feeling! I’m ahead of the game this year, probably because I limited the number of new releases. I’m also headed out of town next week. I’m going to the Bluebonnet Studio Retreat in Texas and on my way, I’m delighted to have the opportunity to stop in Baton Rouge and attend their local EGA meeting!
Until next time,
Kathy
Posted in Uncategorized