Due to popular demand, registration for Starstruck, my Mystery class has reopened. Now that people are stitching the first lesson and posting photos, you can see a little more of it. With class being six months (ending in July), there is still plenty of time for latecomers to fully participate in the class. If you’ve decided you must join the fun, you may sign up until February 19th – we’d love to have you. If you need more info, here’s where I originally talked about it.

Many of you know I’ll be attending Needlework Tradeshow (wholesale only; not open to the public) in Nashville at the end of the month. There’s a lot of buzz about the show – it’s sold out and lots of shops have registered to come. I’ll be releasing three new patterns and here’s the first – I’ll be showing them to you over the next few days so stay tuned…

Roseto (Italian for Rose Garden) was inspired by the Gloriana thread “Flowers of Italy” – I used the silk floss and the Princess Perle along with a bunch of different textured threads from Rainbow Gallery and a few others thrown in. For me, this was a design that just flowed easily and came to me quickly as I was working it. I loved it more when it was done than I thought I would! The finished design size is 8×8. 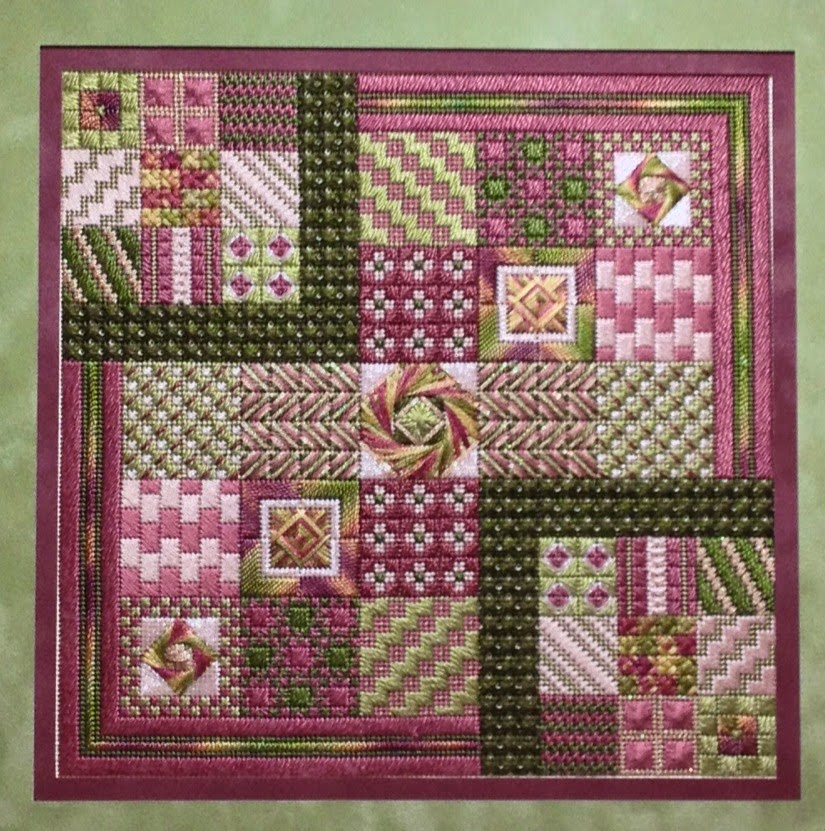 As I’ll be showing the rest of my new releases over the next few days, I ask you to wait until you’ve seen the others to contact your LNS to pre-order – as a former shopowner, I liked one phone call better than two or three!
It’s a cold, dreary, rainy day here in northwest Florida. The cats and I are hanging out and listening to classical music in the background while I’m writing instructions. Samantha has found the perfect thing to lay her head on – her brother Boots! I’ve never seen her do this before so had to snap a pic! You can also see why his name is Boots! They like to lay under the lamp because there’s a 3 way bulb and it’s warm! They don’t always like to share it but seem to work it out most of the time! 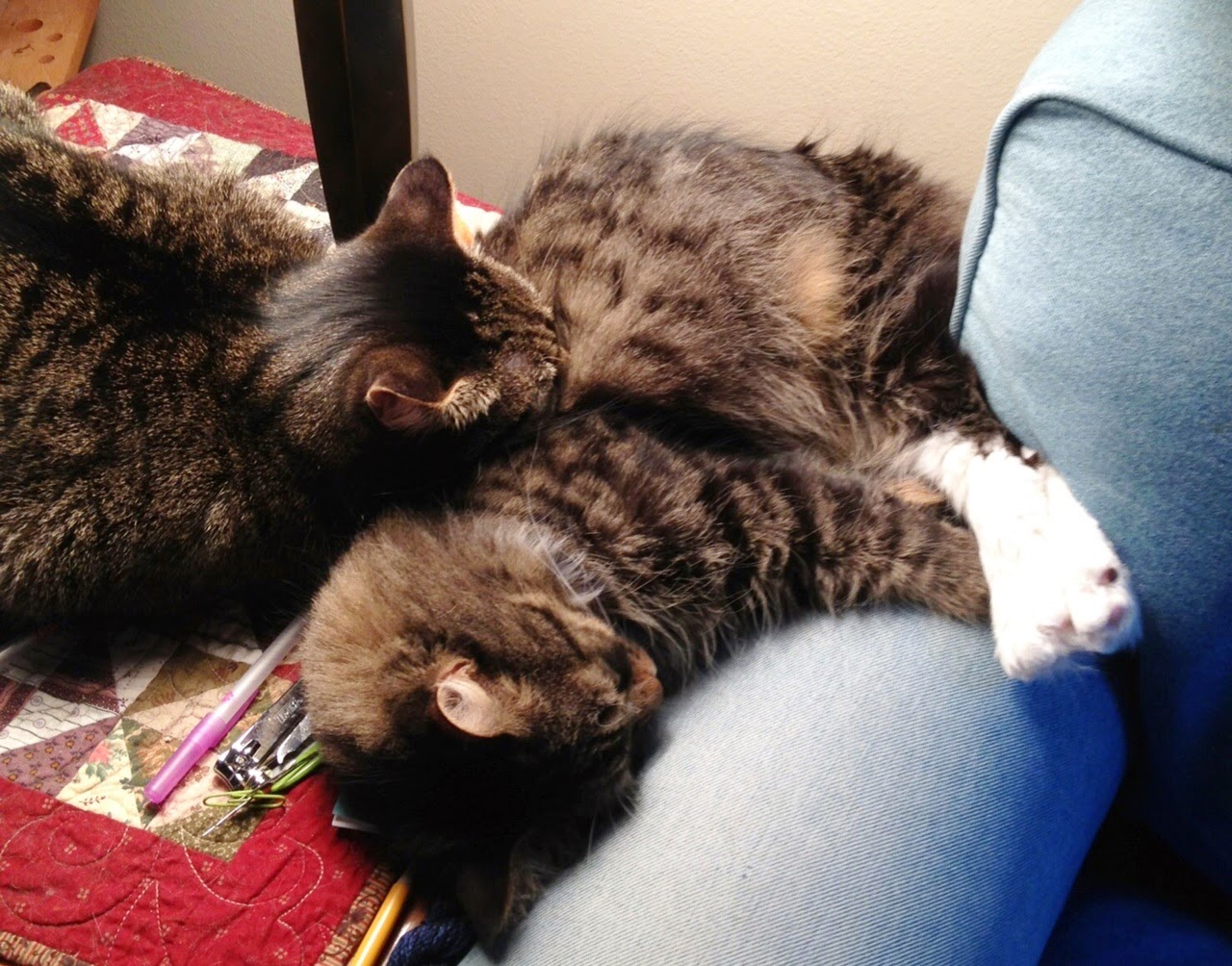 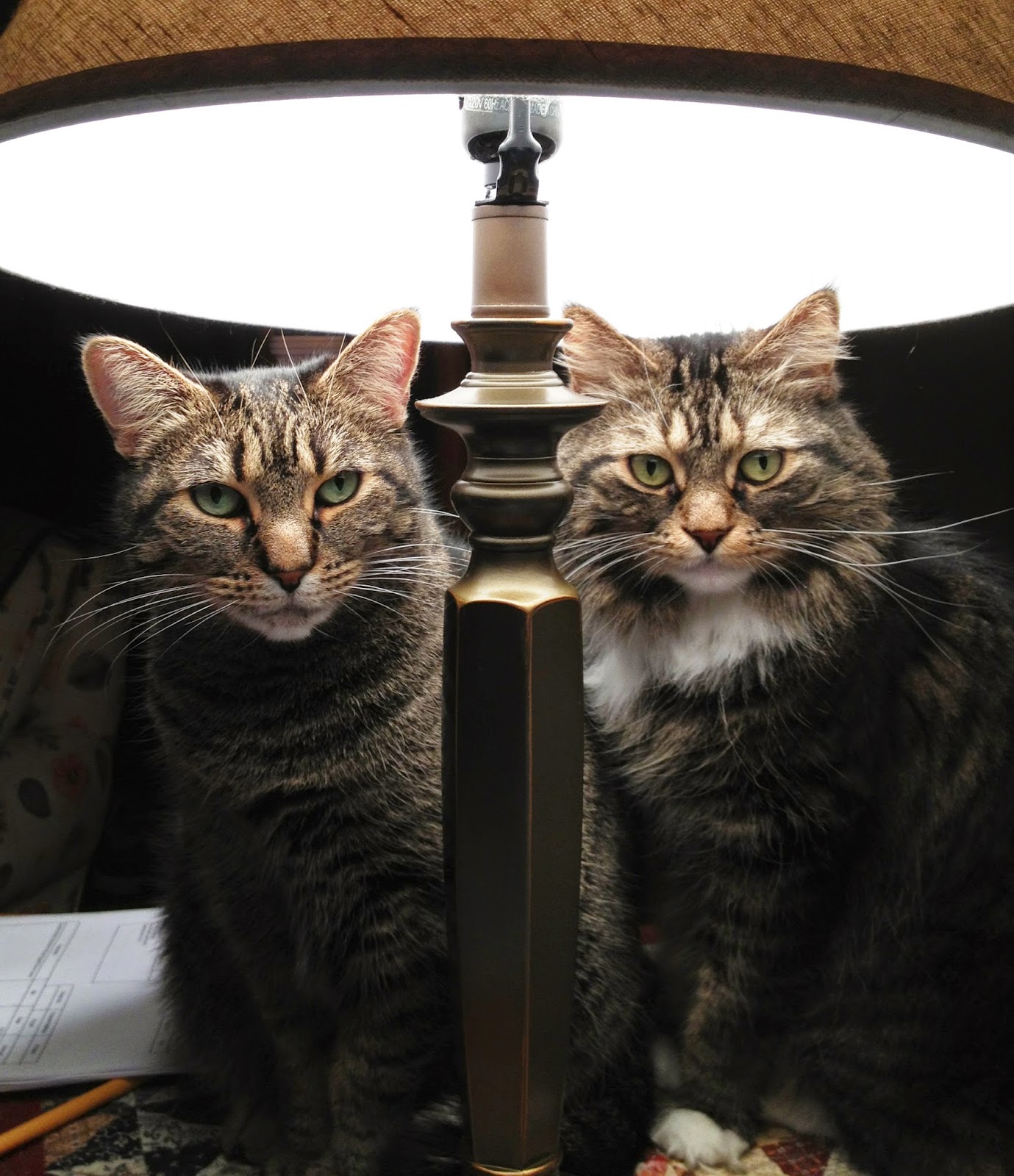